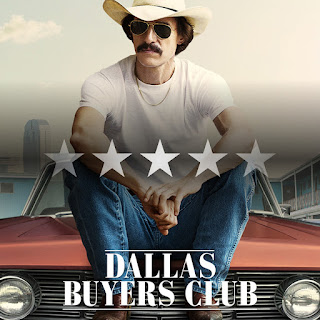 It is astonishing to think that, while those with HIV/AIDS can today live a relatively normal life, barely 30 years ago, the illness was seen as a stigma and an indication of immoral behaviour, leading to under-researched and experimental medicines.
Dallas Buyers Club focuses on the issue by telling the story of racist and homophobic womaniser Ron Woodroof (Matthew McConaughey) who was informed by doctors he had 30 days to live after his diagnosis. Taking matters into his own hands, Woodroof finds his own unapproved medication and sets up the Dallas Buyers Club, enabling people to get hold of their own alternative medicines.
Ron Woodroof is not a typical protagonist for a film. He is a man with very few redeemable qualities - even after his diagnosis he continues to belittle the communities that befriend him, including his transgender business partner Rayon (Jared Leto). Even as the film progresses and you warm towards him, you will still question whether you are siding with a man who is selflessly fighting on behalf of the communities he so often despises, or selfishly lining his own pockets through common drug dealing.
The reason for this inner conflict, is quite simply Matthew McConaughey, who doesn't play the role of Woodroof, he becomes him both physically and philosophically. The transformation of actor to character is so remarkable that there is no hint whatsoever of the other Dallas he plays from Magic Mike.
Equally impressive is Jared Leto. As Rayon, he doesn't glamorise transgenderism, as McConaughey doesn't glamorise homophobia. The actors recognise that each person has their own struggles, their own flaws, and never slip into sentimentality. Whenever you start to sympathise, or expect a fairy tale ending, you are immediately snapped back to reality by the character insecurities.
It is a film that should be studied, learned from, and above all else, appreciated for two truly remarkable leading actors in their finest roles to date.
5 stars